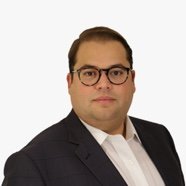 University of Paris I Panthéon-Sorbonne

Dr. De Jesús O., is a Court Member of the Permanent Court of Arbitration at The Hague and a Member of the Panel of Arbitrators and Chairmen of Arbitral Tribunals of the MERCOSUR (Arts. 11.1 and 11.2 of the Olivos Protocol). He also participates in the sessions of the United Nations Commission on International Trade Law Working Group II (Arbitration and Conciliation / Dispute Settlement) and Working Group III (Investor-State Dispute Settlement Reform). Dr. De Jesús O., is a Member of the ICC Latin American Arbitration Group, the ICC Institute of World Business Law and is a former Representative for Latin America of the London Court of International Arbitration (LCIA) young practitioners group.

Dr. De Jesús O. is an academic focusing his work on the New World Order of Economic Relations, Transnational Arbitration and Transational Petroleum Law. He is an Associate Member of the CREDIMI-CNRS, Centre de recherche sur le droit des marchés et des investissements internationaux, the mixed research unit of the French National Centre for Scientific Research (CNRS) and the University of Burgundy, an Honorary Associate of the Centre for Energy, Petroleum and Mineral Law and Policy - CEPMLP - of the University of Dundee and an Associate Researcher of the DANTE - Laboratoire de droit des affaires et nouvelles technologies of the University of Versailles - Paris Saclay.