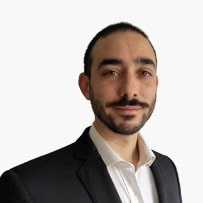 Nicolás E. Bianchi is a Member of the Bar of Buenos Aires and specializes in public international law and in international commercial and investment arbitration.

He regularly appears as counsel in arbitration proceedings under the rules of the ICC, ICSID and UNCITRAL, the vast majority of them brought under bilateral investment treaties.

Prior to joining the firm, Mr. Bianchi practiced in other law firms in Buenos Aires and the United States of America in which he represented the Bolivarian Republic of Venezuela, the Plurinational State of Bolivia and the Islamic Republic of Pakistan at ICSID. In addition to his practice in international arbitration, he has been a legislative consultant in his country and consultant in mining and human rights issues in New Zealand.

Nicolás is also engaged in academic activities in the University of Buenos Aires, where he is a Member of the Observatory of International Arbitration and Foreign Investment law and has been awarded the prize of “Outstanding Students and Professors of the Universidad of Buenos Aires” for his work as participant in international arbitration moot competitions.